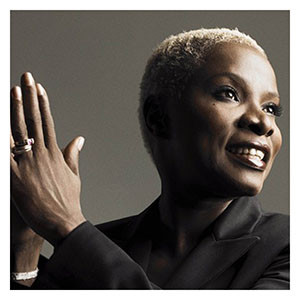 BestPrep is excited to announce Grammy Award winning singer, educational activist, and humanitarian Angelique Kidjo as the speaker for the Educational Forum on November 10 at the Minneapolis Convention Center. Ms. Kidjo will electrify the audience with the strength of her voice, the power of her words, and the intensity of her performance.

As a UNICEF Goodwill Ambassador, Ms. Kidjo is a strong advocate for education as the key to economic empowerment. Through her Foundation, she provides secondary education to girls across Africa and empowers the female leaders of tomorrow. For her tireless advocacy, Ms. Kidjo was presented with the Dag Hammarskjold Inspiration Award and she is acknowledged by The Guardian as one of the 100 most inspiring women in the world. In 2015, Ms. Kidjo won her second Grammy award for her album EVE.

Following the keynote address, Ms. Kidjo will have an onstage dialogue with Ken Powell, CEO of General Mills, emceed by WCCO’s Jason DeRusha. Their focus will be on educational issues such as the achievement gap, global educational initiatives and workforce readiness.

In addition to her keynote address, Ms. Kidjo will perform during the event. The Macalester College Student African Music Ensemble is also confirmed to participate in the program.

This event will kick off BestPrep’s 40th Anniversary celebration. If you are interested in attending the event please reach out to Jeanna Fifer at jeanna@cahillfa.com and we will see if we can gather enough people to fill a table of FPA MN members.