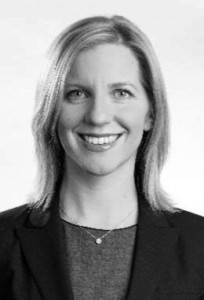 Women: The growing opportunity
Why women may be your most important market

We have seen statistics about the changing circumstances of women in education and employment for years now. Less has been written about their changing needs for financial advice. Consider the statistics.

Women have accounted for more college degrees than men in the U.S. for nearly a decade.1 According to the National Center for Women and Retirement Research, as many as 9 out of 10 women will be solely responsible for their finances at some point in their lives.2 More than one third of women are widowed by retirement age3, and half of all marriages in the U.S. end in divorce according to census data.4 At age 65, a woman’s life expectancy is five years greater than a man’s.2

Ken Dychwald, well-known author and president of Age Wave, estimates that women are on track to control 60% of personal assets in the U.S. this decade. Almost all income growth in this country over the last several decades has been among women. Between 1970 and 2000, women's median real income growth rose more than 60%, while median real income for men rose less than 1%. Women investors are clearly a rapidly emerging economic force in the U.S.

What does this mean for financial advisory businesses?

Research shows that there are already signs that women are a high-growth and potentially more profitable source of advisory business than men.

(4) Census Bureau, “Number, Timing and Duration of Marriages and Divorces: 2009”.